The first night Abbie was home I don’t think I took a breath.  I kept waiting for something to happen, something to go wrong and for us to have rush her the hour drive to the Children’s Hospital.  She rushed in with all of her balloons and flowers and wrapped her little arms around me.  The first thing she asked about was about dinner and she proceeded to tell me how awful the hospital food was.  I literally almost panicked, in all of my preparation, I never even thought about what I was going to feed her or us for that matter.   So, I asked her how she would feel about going out to dinner even though she would have to check her blood sugar before eating?  “No problem Mom, I think”, she replied.  Ok, I thought, we’ve got this.  We went out to dinner in town and came home to get the girls ready for bed.  The rest of the night was extremely… ordinary.  Nothing went wrong, the other shoe didn’t drop, and I finally took a breath.

We decided we would keep Abbie home the next day since it was a Friday so we would be able to have the weekend to get acclimated back to our routine at home.  She woke up, checked her blood sugar, took her Levemir without incident, ate breakfast and this is how most of the day went.  Until about 2pm when Abbie remembered the Father/Daughter dance was that night and that she really wanted to go.  I remember looking over at Andy and him nodding at me and I told her to go pick out her dress that she could definitely go.  A smile took over her whole face and in that moment the past few days faded away from her.  While she was getting ready and her Dad was getting a shower, I decided to get her Go Bag ready.  The first Go Bag….

For those of you that don’t know what a Go Bag is, it is basically anything we would need in a hyperglycemic (high blood sugar) or hypoglycemic (low blood sugar) event.  Since Abbie was only on Levemir in the mornings, and since the dance could only be for about 2 hours I only had to pack her blood glucose meter, about 10 packs of fruit snacks, 6 juice boxes, a glucagon injection kit, her Levemir just in case, a box of alcohol swabs, and a box of gauze pads….that was enough right?  Don’t worry I didn’t really send her off with all of that, not because I didn’t want to, only because it wouldn’t fit in the Go Bag.  In reality, I packed her meter, a juice box, a fruit snack, the Glucagon Injection Kit, a couple alcohol swaps and gauze pads and then I called it done.  We only live about 2 miles from the school and if for some reason Andy or Abbie needed anything I could be there in 5 minutes. 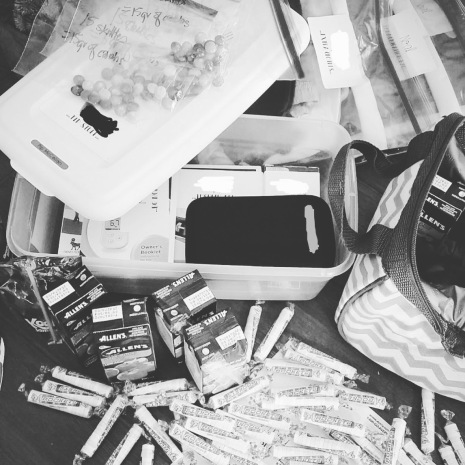 So off they went and even though she was with Andy I was still worried out of my mind.  This diagnosis had brought a whole new side to me because worrying was something I just never did.  At least not things out of my control….  I was scared of how her little friends were going to treat her when they found out or how they would look at her when she checked her blood sugar if she decided to do it in front of them.  I just had all of these new fears for her that I didn’t know how to express.  So I sat at home and researched and read and researched some more. When my phone buzzed about an hour later the pictures melted my heart. 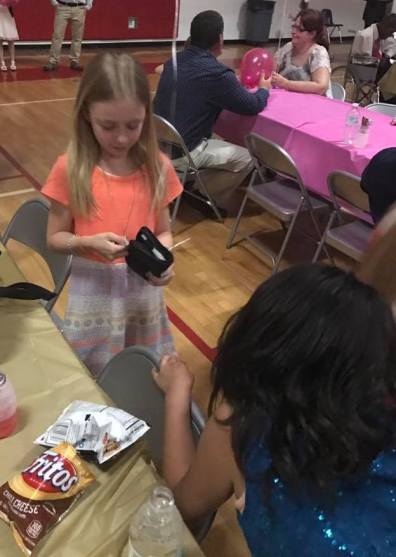 There she was with her Go Bag open checking her blood sugar in front of all of her friends.  Andy said she explained the whole process to all of them and why she had to do this now every time she ate anything.  They were all very intrigued instead of mocking and tears formed in my eyes.  In that moment I knew Abbie would be okay; I knew we would all be okay.

Next up…. the Honeymoon Phase or the “Denial Phase” as I like to call it…